A successful influencer, dressed in orange, promotes cosmetic products from a brand called "Happiness" with a mesmerizing sales pitch. The façade of "happiness", however, conceals quite a different story: her body is black and blue from the many blows her husband has been doling out for years. Her daughter is about to get married, and a similar fate awaits her. Something has to be done.

Former rapper Anas finds a new job in the cultural centre of Sidi Moumen, a suburb of Casablanca. He wants to prepare his students for his lessons on hip-hop and the art of rapping. Anas tries to make it clear that rap is not about reciting rhymes, but about the things that occupy you in everyday life. And there is plenty to rap about.

When high school student Sohee gets a job at a large Internet provider's call centre one of her dreams seems to come true. However, the dream soon turns into a nightmare; she is facing an extremely heavy workload, while only earning a fraction of the normal salary. Sohee cannot handle the stress and she takes her own life. In her determination to get to the botto

Anthropology student Freda lives with her family in a poor neighbourhood of Port-au-Prince, where they run a small shop. Her younger sister Esther hopes to move up the social ladder by lightening her skin, while her brother Moïse thinks he will have more luck in Chile. Though Freda still believes in Haiti, she too has to decide whether she will stay or leave: her boyfriend Yeshua has asked her to go with him to the Dominican Republic.

1976: Chile has been suffering under the right-wing dictatorship of General Pinochet for three years already, but the more well-to-do 49-year-old Carmen has other things to worry about: she has to supervise the renovation of the family's beach house. While choosing the perfect hue of paint, she hears a gunshot. Later, the local priest, whom she knows from previous charitable work, appeals to her, asking her help with a homeless man called Elias. As it turns out, Elias has a gunshot wound and is a fugitive from Pinochet's secret police. By agreeing to assist, Carmen becomes involved in Elias' illegal and hence life-threatening work. 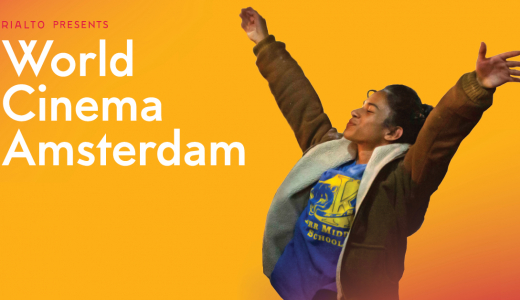