Last Saturday evening, the 12th edition of World Cinema Amsterdam concluded with the festive Award Ceremony! The World Cinema Jury Award went to the Bolivian-French co-production Utama by director Alejandro Loayza, while the World Cinema Exchange Award was given to the Japanese production My Small Land by director Emma Kawawada.

Judges Sasha Dees (producer/curator), Manon Portos Minetti (programmer) and Melvin Stewart (screenwriter) chose Utama by Alejandro Loayza as the best film in the Competition program. In this sublime, self-directed debut, the Bolivian director shows that the consequences of climate change have far-reaching effects on life on the Andean plateau. He does so at a meditative pace and in breathtakingly beautiful images.

This year’s WCA festival competition was full of compelling stories and moving images from different cultures and walks of life. […] Our winning film was one of those astonishing debuts, that addresses many important topics and tells its story with a touching delicacy. […] It has reminded us that we as humans are in a reciprocal relationship with nature, and are the younger brothers of creation.

Alejandro Loayza was present at the Award Ceremony to receive the award. In addition to the award he will receive a cash prize of € 5000, intended for a next film project. Also present during the ceremony was the Ambassador of Bolivia Mr. Roberto Calzadilla who addressed the audience and the director beautifully.

This year, for the third time, the World Cinema Exchange Award was presented; a prize for a film that stimulates the viewer to engage in conversation about essential human issues. The jury, consisting of Laura Quarto (director Leiden Shorts Film Festival), Rinke Vreeke (program and podcast maker) and Jeroen Helmers (film professor), chose My Small Land by Japanese filmmaker Emma Kawawada. This coming-of-age story, written by herself, focuses on themes that are rarely discussed in Japanese cinema: immigration issues and racism.

The jury on their choice:

’Environmental justice, belonging, grief, mental health and speaking truth to power were some of the many themes that coloured the palette of films we viewed. […] We unanimously agreed that one film was the most thought provoking one, one that offered multiple discussion points: My Small Land. How can one get a sense of belonging when the state is flawed and its laws are dehumanising? […] The film succeeds in discussing the importance of moving on against all odds, of working towards a future when the present is at stake.

Emma Kawawada was also present on Saturday evening to receive the award. She will also receive an amount of € 2500, also intended for a next film project.

In addition, the audience has spoken out: the Audience Award also goes to Utama by director Alejandro Loayza. His film received the highest rating and is therefore the winner! It was a very exciting battle with several titles close on each other's heels. Next Sohee, Casablanca Beats, My Small Land and Lingui, The Sacred Bonds completed the top 5. 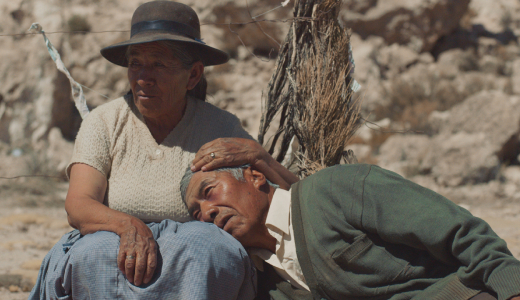 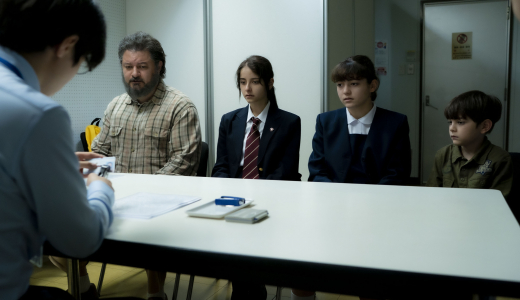 My Small Land
The life of Sarya, a Kurdish refugee in Japan, is turned upside down when her father's residence permit is revoked.
Read more