In collaboration with Africadelic - an organization dedicated to stimulating cultural creativity and diversity in and out of Africa - Eyimofe will premiere during WCA 2021.

Eyimofe is the debut film by the Nigerian filmmakers and (twin) brothers Arie and Chuko Esiri. The film consists of two parts: "Spain" and Italy ". The two European countries remain invisible as we follow the stories of Mofe, a factory technician, and Rosa, a hairdresser, both living and working in Lagos. A passport, photos and a visa form keep coming back, but at the same time they are marginal elements in the film, while the daily lives of the protagonists are described in detail. Their setbacks outline the need to leave Nigeria.

At the bottom of the socio-economic ladder, status, money, gender, skin color and family structures are inextricably linked. Eyimofe speaks with emphatic patience about these complications, which are getting closer and closer. The desire for a different life is just one common thread in this complex network, a promise that floats above things and at the same time lies far away from it. 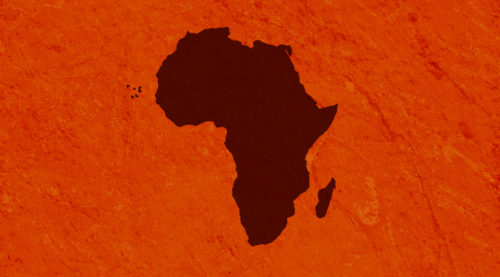 Africadelic is an organization dedicated to stimulating (awareness about) cultural creativity and diversity in and from Africa (including the African diaspora). They develop, produce and promote festivals and other socio-cultural initiatives - music concerts, dance performances, film screenings, art exhibitions and debates - with a focus on artists and visitors from Africa and the African diaspora as well as those with an interest in and appreciation for cultural creativity and diversity in and out of Africa.