At the first edition of the Festival panafricain du cinéma et de la télévision de Ouagadougou, held in Burkina Faso in 1969, La femme au couteau by Ivorian director/actor/writer Timité Bassori made its world premiere. In it, Bassori links Freudian motifs to a traditional African narrative structure. He plays the lead role himself. The classic film has recently been fully restored.

After a long stay in Europe, a young Ivorian intellectual returns to Ivory Coast. Back home, he not only has difficulty readjusting, but also struggles with serious sexual inhibition, stemming from his very strict upbringing. He is haunted by recurring visions of a woman brandishing a huge knife. Paralyzed with fear, he is unable to enter into a relationship with a woman. He tries everything to get rid of the visions, but nothing helps. 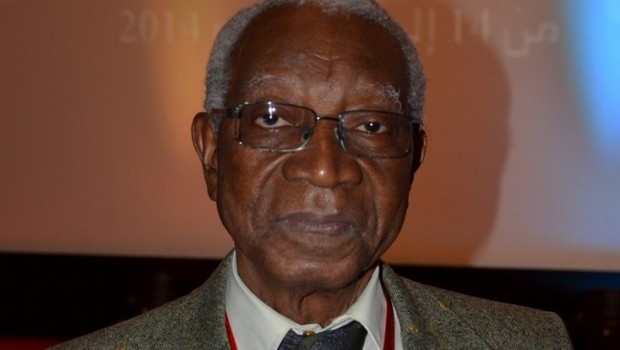 TIMITÉ BASSORI (1933, Ivory Coast) is a ground-breaking African writer, director and former actor. His sole fiction feature as a director – and sole fiction film apart from the experimental short Sur le dune de la solitude (1964) – the psychological thriller La femme au couteau (1969) was the first fiction feature made in the Ivory Coast, and is considered a classic of African cinema.