The images of Cubans venturing across the sea to Florida in rickety boats are still etched in our memories. Since that route has been closed, Cubans who no longer see a future in their own country have to travel a very different route to reach the United States. They fly to Guyana and then trudge north via Brazil or Venezuela and subsequently Colombia. It is a dangerously risky journey leading through dense jungle. Many find themselves stranded in Panama, eventually ending up as illegal immigrants in a refugee camp in Panama City.

Director Marcel Beltrán, who was a guest as a jury member at WCA in 2018, visited the refugees there to record their story. He discovered that many of them had filmed their own journeys. In his documentary he combines his own recordings in the camp with the at times shocking images made by the refugees themselves. The result is equally poignant and gut-wrenching.

This film can also be seen at De Balie on August 23. Click here for tickets. 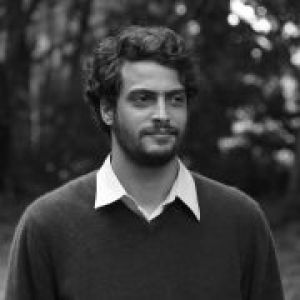 MARCEL BELTRÁN (1985, Cuba) has been both a festival guest and jury member at WCA. His short Casa de la noche screened here in 2016, and in 2018 his documentary El desaparecido screened as a work-in-progress. His latest documentary La opción cero – again co-produced with support from Go Cuba! – portrays what Cuban refugees go through trying to reach the US.