Below you can read all about the jury members of 2021!

The members of the 2021 World Cinema Jury were Hugo Emmerzael, Absaline Hehakaya and Shariff Nasr.

Hugo Emmerzael is film critic, curator and programmer Hugo Emmerzael read Theatre, Film & Television Studies at Utrecht University. He is an editor of De Filmkrant and writes for VPRO Gids, MUBI Notebook and Senses of Cinema. He was previously a programmer for CinemAsia Film Festival and worked as a programme advisor for the Netherlands Film Festival.

Absaline Hehakaya works as project manager Selective Funding at the Netherlands Film Fund, where she is responsible for stimulating innovation in film across the board and the further development of (new) talent. A philosopher, programme-maker, film programmer and moderator, Hehakaya was until recently film curator at De Balie in Amsterdam and helped make it one of the most important cinemas for national and international documentaries in the Netherlands.

Rotterdam filmmaker Shariff Nasr studied at the Netherlands Film and Television Academy between 2002 and 2006, where he became proficient in writing screenplays. After his graduation, he was involved in dozens of film, television and advertising projects, winning many awards. His main source of inspiration lies in the emotions we try to hide or ignore, and social issues to which we turn a blind eye. His main weapon in the fight against social injustice is humour.

Jaëla Arian studied Biology and now works as a policy advisor at the Municipality of Amsterdam. She is the founder of film platform LA RIOT, which, in collaboration with Rialto, makes world cinema accessible to a younger audience. She also worked for five years at the Heerenstraat Theater in Wageningen. In 2015, she was a jury member for Venice Days at the Venice International Film Festival. Also in 2019 she was part of the Exchange Award jury.

Edson da Conceicao was only twenty when he graduated from the Graphic Lyceum in Rotterdam. He wanted to continue his studies at the Dutch Film Academy, but he considered himself 'too young and inexperienced' for that. He chose to work as a freelancer in the film industry and thus gained experience as assistant director, cameraman and editor. In 2015 he still started at the Film Academy and with success: from 2018 he made a whole series of often award-winning short films.

Jeroen Helmers studied history at the teacher training college in Sittard and is currently working as a film teacher and lecturer in People & Society / Social Studies at a VMBO in Venlo. In 2014 he started making films at school, with which he wants to teach his students the joy of filmmaking. That effort earned him an Eye Filmmuseum nomination for Film Teacher of the Year in 2019. 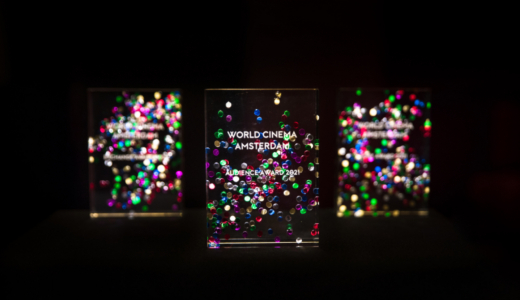